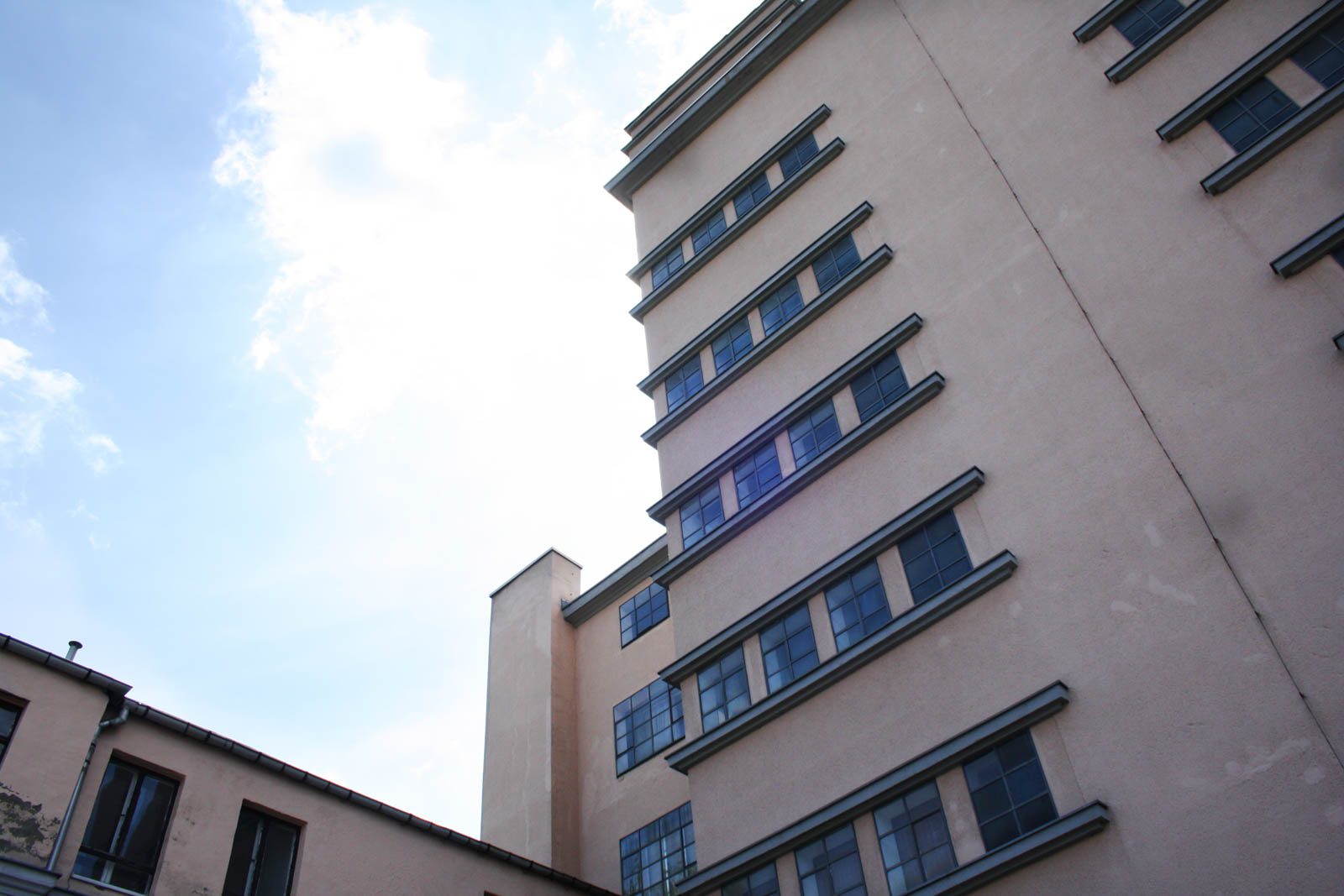 When the now listed building was opened in November 1928 it represented one of largest and most modern pupose-built multi storey parking facilities in Germany or indeed in Europe.

Increasing numbers of privately owned vehicles plus new public transport systems in combination with a narrow road system partly dating back several hundred years meant a dramatically rising demand for parking space. This was particularily true for Chemnitz, an industrial city with an already very high traffic density in the late 1920s. In oder to translate this demand into a business, this state of the art reinforced concrete construction was erected. Six floors offered rental space for over 300 cars and motorcycles.

The upper levels were reached by three goods lifts. Onside repair shops, petrol station, battery and tire service and washing facilities catered for the needs of the precious cars, whereas the tired driver could dine and rest in the attached motel. The garage was open 24/7 every single day of the year. 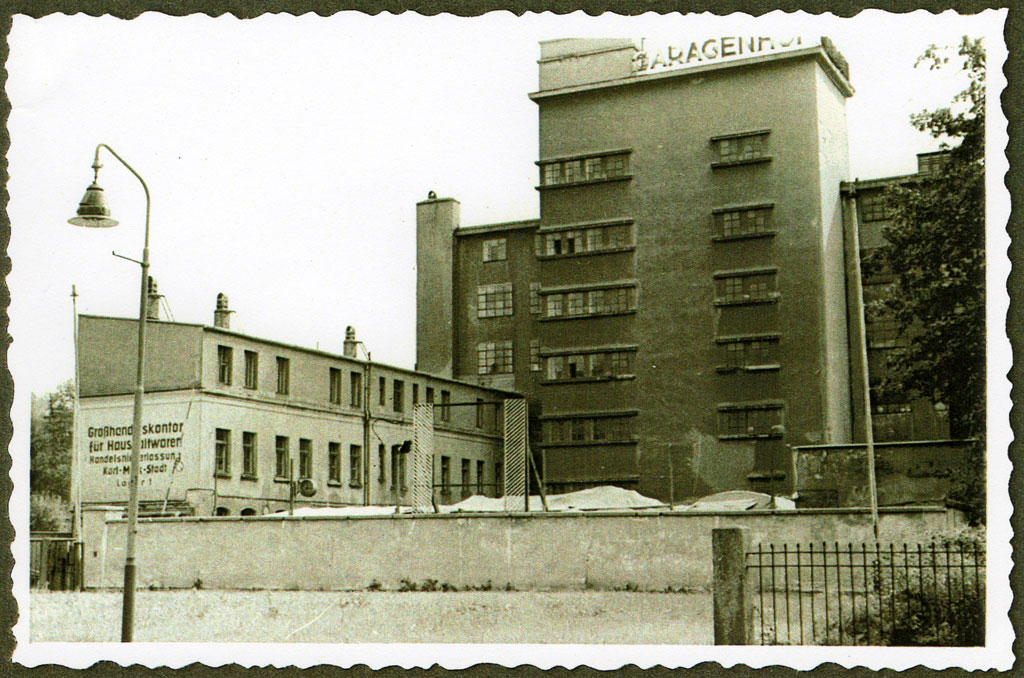 The building was converted into a warehose during the Second World War and sustained only minor damage by the air raids that devastated much of the surroundings. After the war only one floor retained its original purpose. It was being used to house and maintain the official cars of the Karl-Marx-Stadt District Coucil until the mid-1980s. The rest of the building was still used as storage room and warehouse.

Since November 2008, the ground floor has now a new function. It serves as perfect setting for our museum. 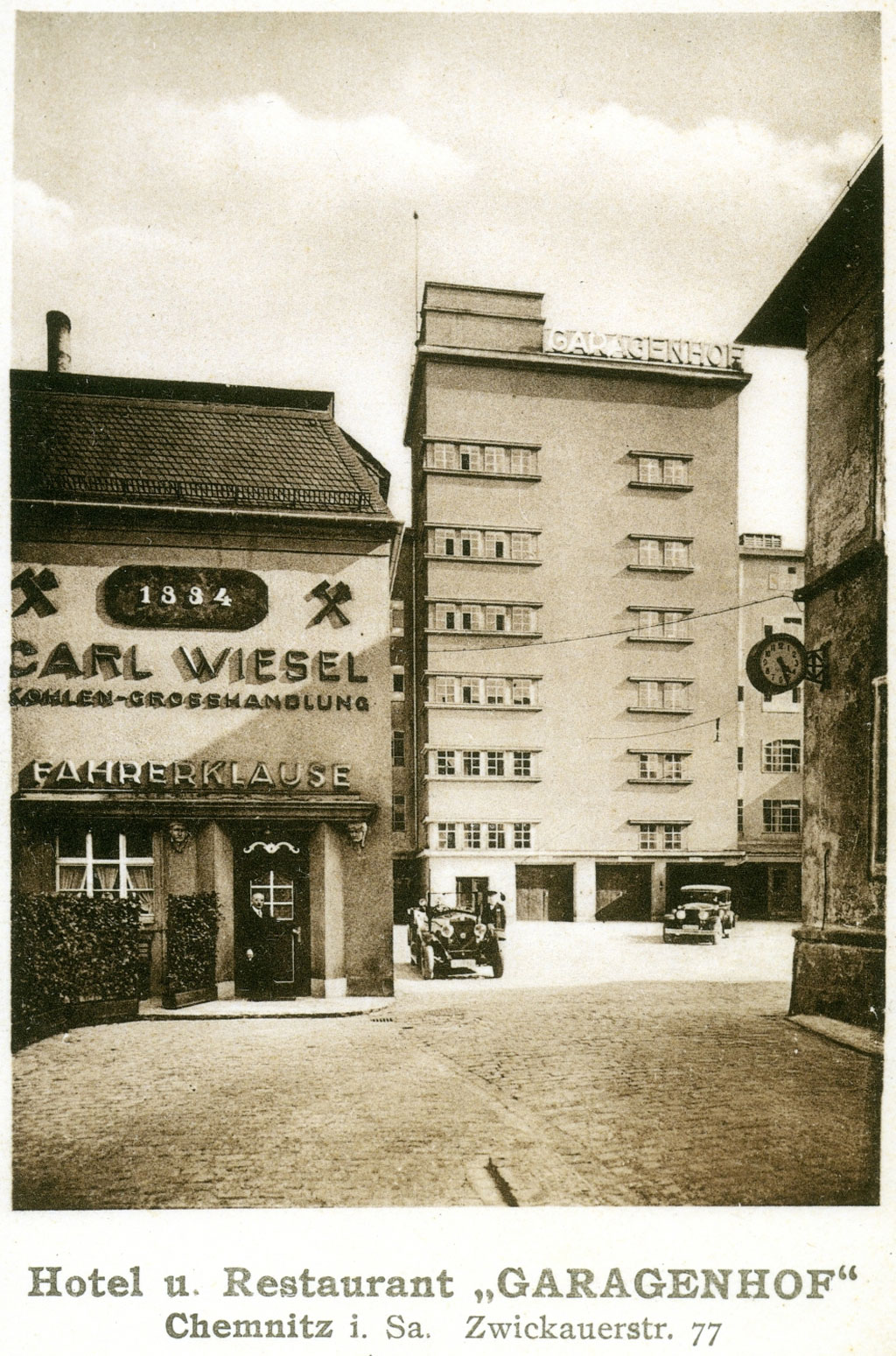 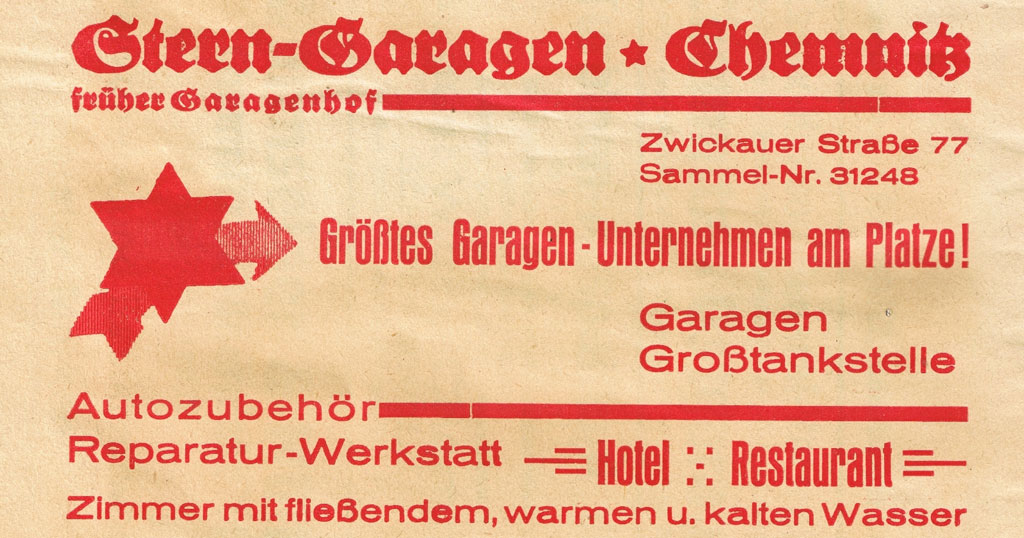 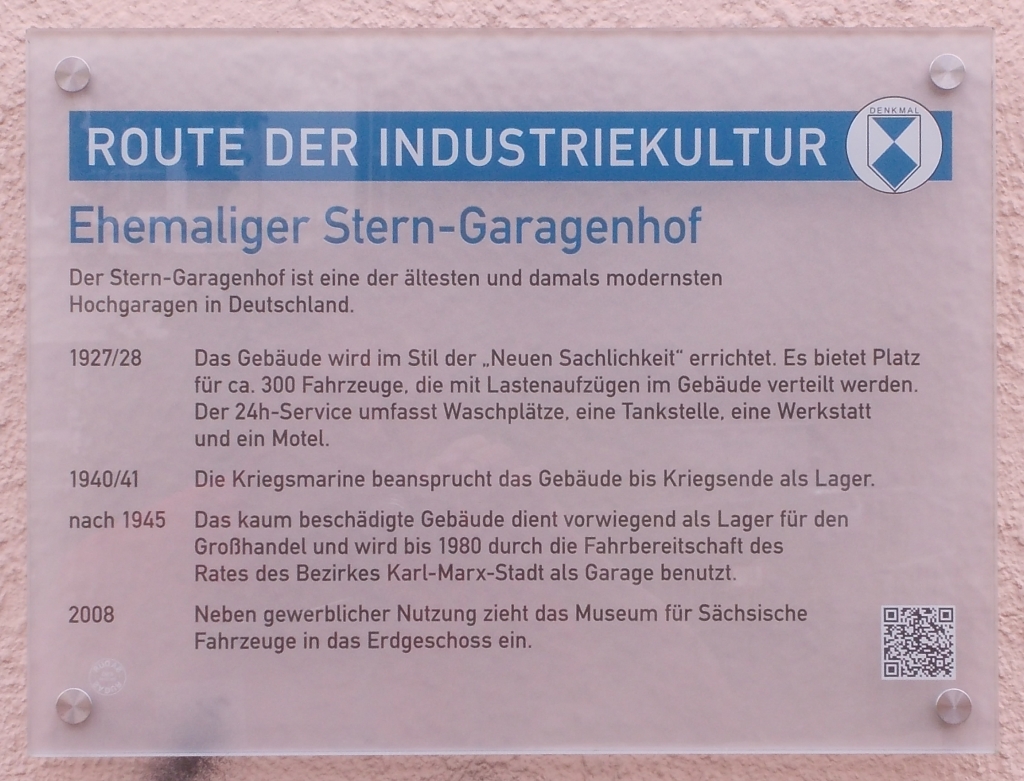 Only a handful of multi-storey car parks from the late twenties and thirties exist in Europe today, most of them are overformed and not open to the public. Since May 2016, the building has also been part of the Chemnitz Route of Industrial Culture, visible on this information board.

You can find more information about the elevated garage at wikipedia.org.